Giant Can, Monster Can, Bo-Bo

The Giant Can is an antagonist in Don't Hug Me I'm Scared 5. It is a can that kills Duck Guy by consuming his vital organs. It is a giant blue can with a yellow face, white stripes and a silver lid. 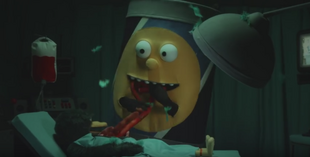 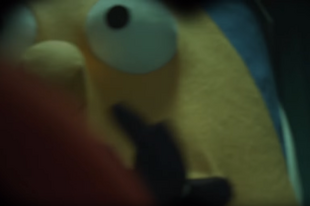 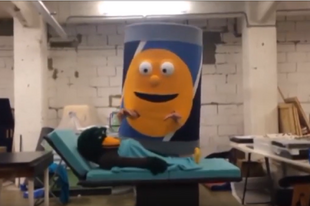 Giant can in a behind the scenes video of DHMIS 5
Add a photo to this gallery
Retrieved from "https://dhmis.fandom.com/wiki/Giant_Can?oldid=19304"
Community content is available under CC-BY-SA unless otherwise noted.